I Am a Child of God - Video Series

How to give your tithe:

Please don't forget your Church in this time of crisis. The Church needs your continued support. Thanks and God Bless each of you and your families. Confessions: call the office or staff member and Father will return your call. Confession will be heard in the ccd hall on an individual basis. 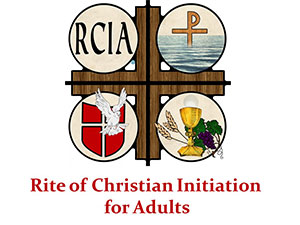 Monday - Friday: 8:00 AM
Physical Distancing is necessary except families and wear mask if you wish. We will allow 75% congregation at any Mass.

The word "Catholic" is derived from a Greek word, Katholikos, originally meaning universal. In the early days of the Church, many Roman citizens referred to this new upstart religion that followed the "Ways" of Jesus Christ as being Catholic--it was universal throughout the empire--meaning that members of this new religion could be found almost anywhere throughout the empire. As time went on, this particular word began to be recognized and used in describing this new religion. Among members, of course, the word had a much more significant and broader meaning than just geographical consideration. It was understood also to describe the very nature of the Church, in that it was universally for everyone. There was no exclusion according to nationality, race, economic or social status. It is for all the people of God. The word "Catholic" was and is also applied to the teaching and the faith of the Church and , in this sense, it means what is believed by the whole Church. It is universally united in its worship, in what it teaches. There are no divisions or branches within its membership. And finally, the word "Catholic"has also come to be used to describe individual Christians who profess belief in the Church's universal teachings and practices. "Credit - Lake Charles Diocese"

Monday - Friday: 8:00 AM
Physical Distancing is necessary except families and wear mask if you wish. We will allow 75% congregation at any Mass.